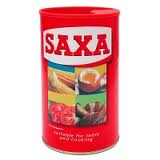 Big Roast are very aware of the dangers of too much salt in the British diet and in a Hog Roast london.

We all know that too much salt is bad for you. But why? Well, salt increases blood pressure which in turn can lead to a Stroke or a Heart Attack. Too much salt in your diet can lead to Stomach cancer, kidney stones and diabetes.

Salt in the right amounts is essential as it acts as a water regulator in the body. It has, for thousands of years, been used as a food preservative in effect drying out meat, for example, by absorbing the water content. Back in the day this proved very useful and in turn meant it was an expensive product.

Gandhi led the protest march encouraging people to produce their own salt from the sea rather than pay the high salt tax  imposed by the British. The considerations for having a hog roast London are slightly different from that of an international freedom advocate.

We at Big Roast do not add any extra salt to our Hog roasts, apart from the initial sprinkle over the skin to absorb the water and encourage the delicious and expected crackling. And what good is a hog roast of pork without any crackling?